I have become addicted to the Baktus.

I've made four of these since the beginning of September.

First, we have the Lacy Baktus, which I made to go with a black dress and wear on my trip to San Francisco at the end of September (sent the dress back and am looking for another): 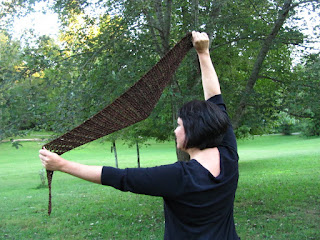 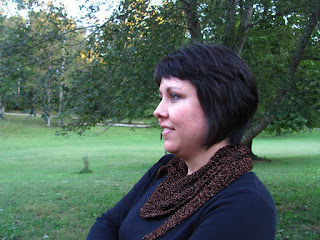 Next came this larger turquoise version out of Ironstone Skye. I also made this to wear in San Francisco, but it looked so good on my travelling companion that I let her have it (plus it was her birthday). Below is another friend modeling the scarf -- think she's a little camera shy. 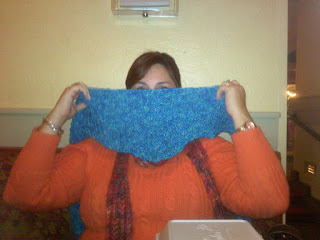 Next is a lime green Baktus made also in Ironstone Skye. The model is the recipient, a/k/a Birthday Girl, a/k/a Traveling Companion. Ain't she cute? 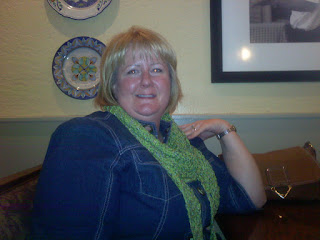 And now we come the the final version made from Berroco Borealis. I don't have a good picture of the scarf, so I'm posting a few so you can see it from different angles. Plus, the background is just so gorgeous -- Greenbrier, just outside of Gatlinburg, TN. 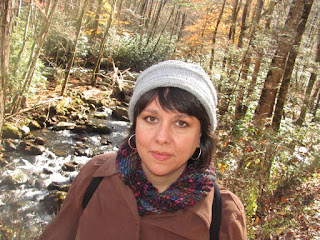 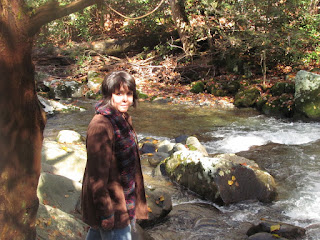 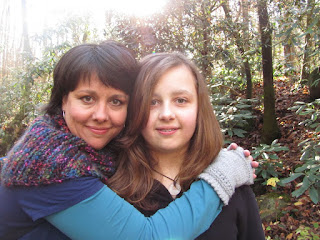 So, what knitting patterns are you addicted to?
at 6:48 PM

Your models are fabulous! I'm loving the Baktus too, I've done 2 of them now. I love yours in the Borealis yarn, gorgeous.