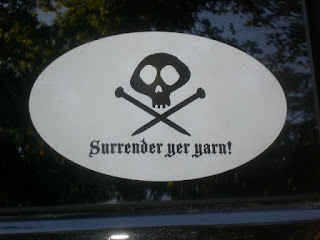 Thanks, guys, for being friends through the years, over the many miles, and despite my complete lack of communication. Next time, we won't wait another 13 years. And next time, we'll bring extra yarn and knitting needles for you, Debbie!
at 10:57 AM

As your little (and SIGNIFICANTLY younger) brother I can probably safely assert that you have joined "the ranks of the elderly." I surprised myself when I laughed out loud at that.